Hasbro Pulse: Behind The Design With John W (PART 2)

We’re back with Part 2 of our Hasbro Pulse: Behind the Design with John W. from the Transformers design team. Read on for more designer details on the recently revealed War for Cybertron: Siege – Omega Supreme figure. 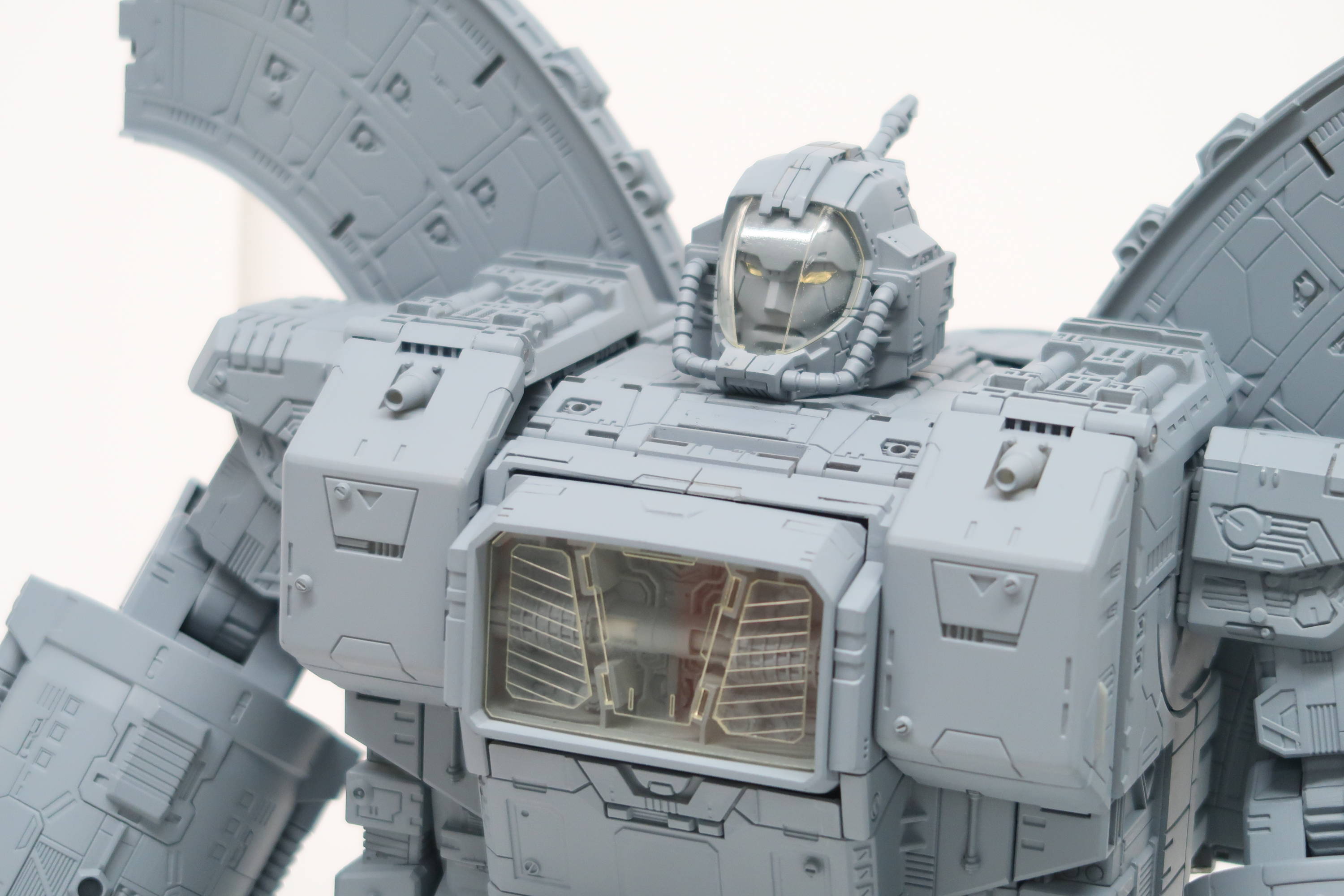 Hasbro Pulse:
Between the G1 show, comic books, previous Omega Supreme figures—how did you decide on the design for this figure?

John:
We had a couple of big meetings between Takara Tomy and Hasbro. I still recall a moment when I think Hasui-san came here to the United States and he brought a cut-out standee of the character based on the G1 cartoon style. Fans of the cartoon know that it’s simplistic, with a lot of smooth surfaces, and the proportions are slightly different. They’re subtle, but noticeable differences. 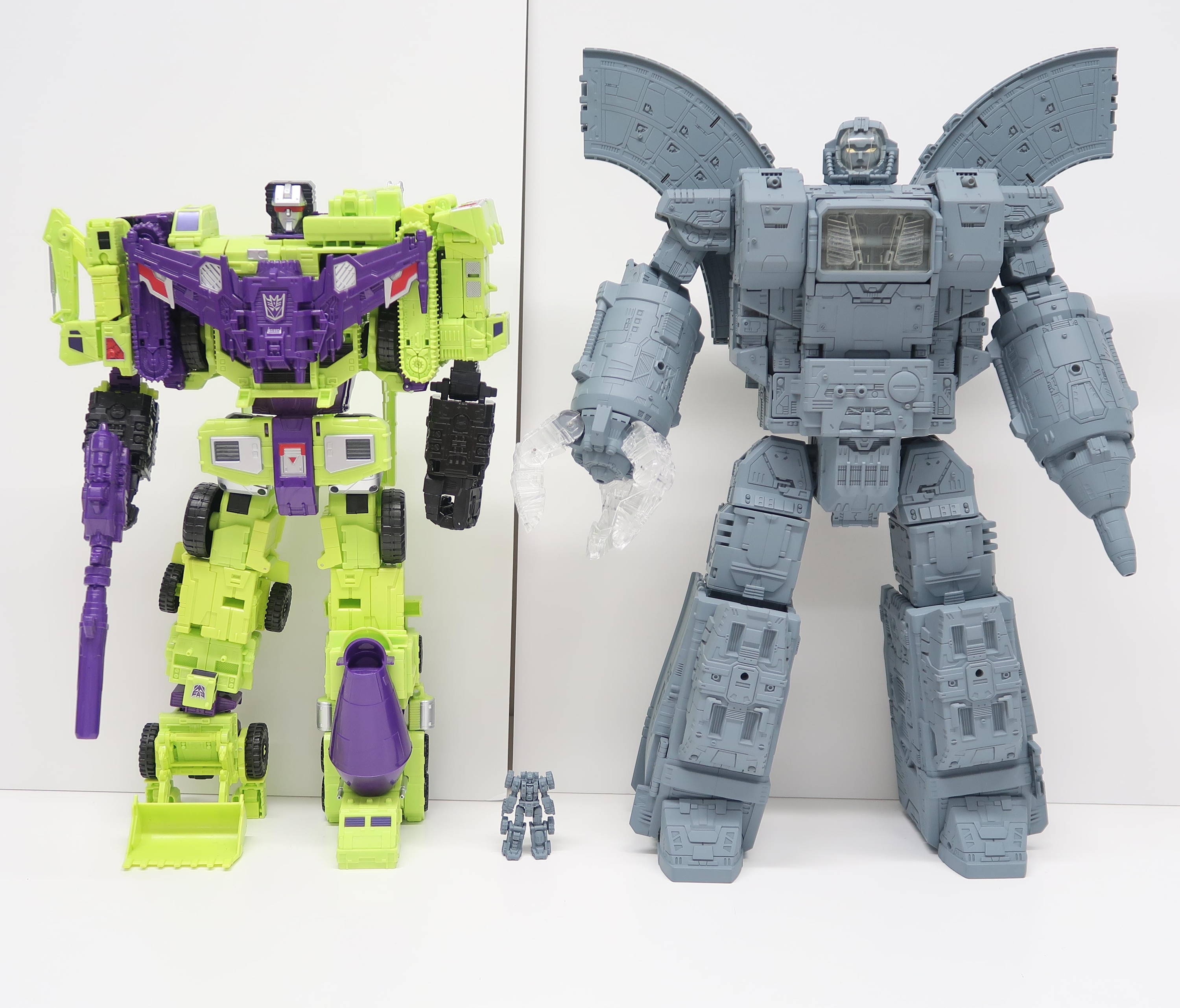 When we looked at that collectively as a team, our pushback was to have more of that concept art feel to it, with a lot more surface details to make it feel sophisticated and detailed, because the rest of the Siege line is covered with lots of little details that aren’t really evident in the G1 cartoon series. Hasui took that information back to Japan and worked with the designer, Kunihiro-san, who is a big fan of putting lots of detail into things – he really ran with this direction. He’s a scale modeler and is one of the original Transformers designers who worked on Star Saber, and some of the legendary characters from the late 80s and early 90s. We blended the world of G1 and the more concept art feel and brought to life this new style that is detailed and has lots of panels and extra pieces that weren’t there before.

One of the biggest challenges from an aesthetic standpoint is how do you not disappoint the G1 fans, but also continue to push the brand forward and keep it in line with the gritty, war-torn story that we’re telling with War for Cybertron: Siege. I’m really happy with the balance that we struck between the two – it hopefully satisfies the G1 fans, but it also pushes us into a cool new place for fans that are starting to collect this new Cybertron universe. 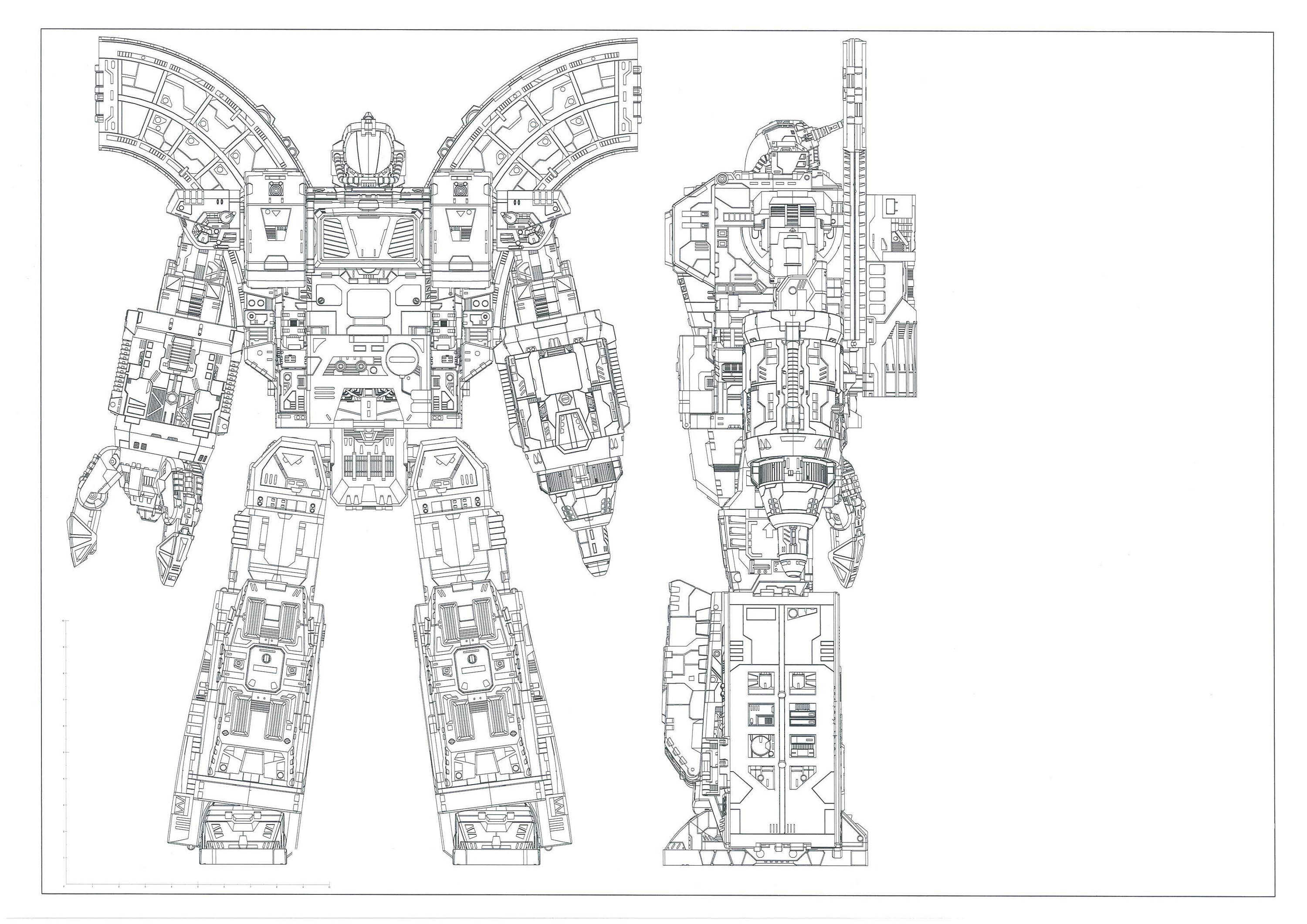 Hasbro Pulse:
Once you’ve decided, “OK, we’re doing a massive two-foot Omega Supreme figure”, what comes next? What’s the process like? How do we get from an idea to final product?

John:
We start with determining scale. How big is it, how big can we afford to do for the price point and still provide a good value to the consumer? What is the list of priority things we want to do? And then Takara Tomy comes back and they provide an early idea of their vision and how it’s going to convert.

Kunihiro would put together loose sketches on graph paper, figuring out all the major geometry of the figure. They come back to us with a proposal of the basic forms and we will provide extra reference on detail. Sometimes we’ll work with commissioned artists from around the world to bring a level of finish to it. Takara will take that and work with their model makers, taking some of the detail illustrations and build it into the 3-D model.

The 3-D model then allows them to test the conversions and identify any part interference. We go back-and-forth on a number of parts, details, and sketch in different areas -- “change this,” “make this piece bigger,” “make this piece smaller.” And then once we’re all in agreement, a gray model is created – this is the exciting part! Takara Tomy will create this literal, gray, one-of-a-kind prototype Transformer and they’ll send us a video – it’s always on this black, rotating platter – and they’ll slowly rotate the figure so we can get a sense of how big it is. With Omega Supreme…he was so big that his feet were hanging off the platter. As it rotates around, they stop the video and show how he converts. 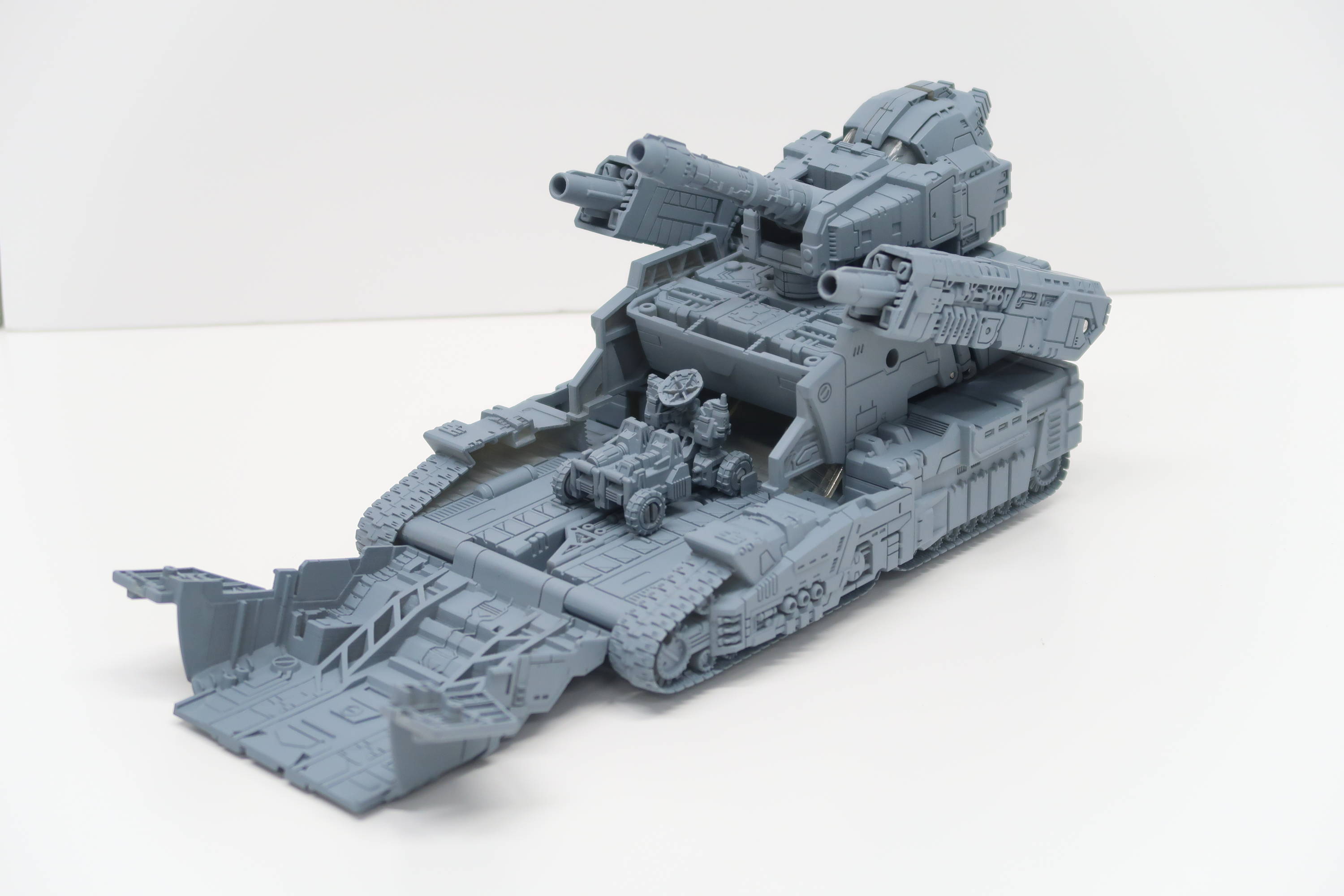 It isn’t until this point that you really get a sense of the mass— you knew how tall he was going to be from the blueprints we had tacked around the office, and an impression of how big all the different elements are. It’s not until you see the designer converting it from robot to space station that you really get the “Wow, that rocket is huge, and that tank is a lot bigger than I thought it would be” feeling and it gives us a chance to see if there’s anything else we want to put into it. From there, they take that model and they create what’s called a final production model, a PT. They’ll take this model, refine it and make sure there’s no interference with the parts and pieces, and will also make sure it meets all the safety requirements

From that point, Takara Tomy puts it into production with the factory and we’ll start to see prototypes coming in. Simultaneously, we work here in our Rhode Island office to create what’s called a deco sheet where we spec out the molded colors, determine how many paint operations there are, and then try to bring that to life.

I work with a model artist here to create a painted prototype. This is the stage when the stars start to align. We’ll send that same deco spec to the factory; the factory will start to generate painted samples and then we’ll start to test out the joints and any QA concerns. We work closely with engineering at this point, to make sure all of the pieces are working properly.

After all this, we then get to reveal the figure to the fan at big events like the Entertainment Brand Preview event this past weekend in New York, and we have a chance to meet with fans and hear what they have to say. And then the whole process begins all over again with a new Titan character! 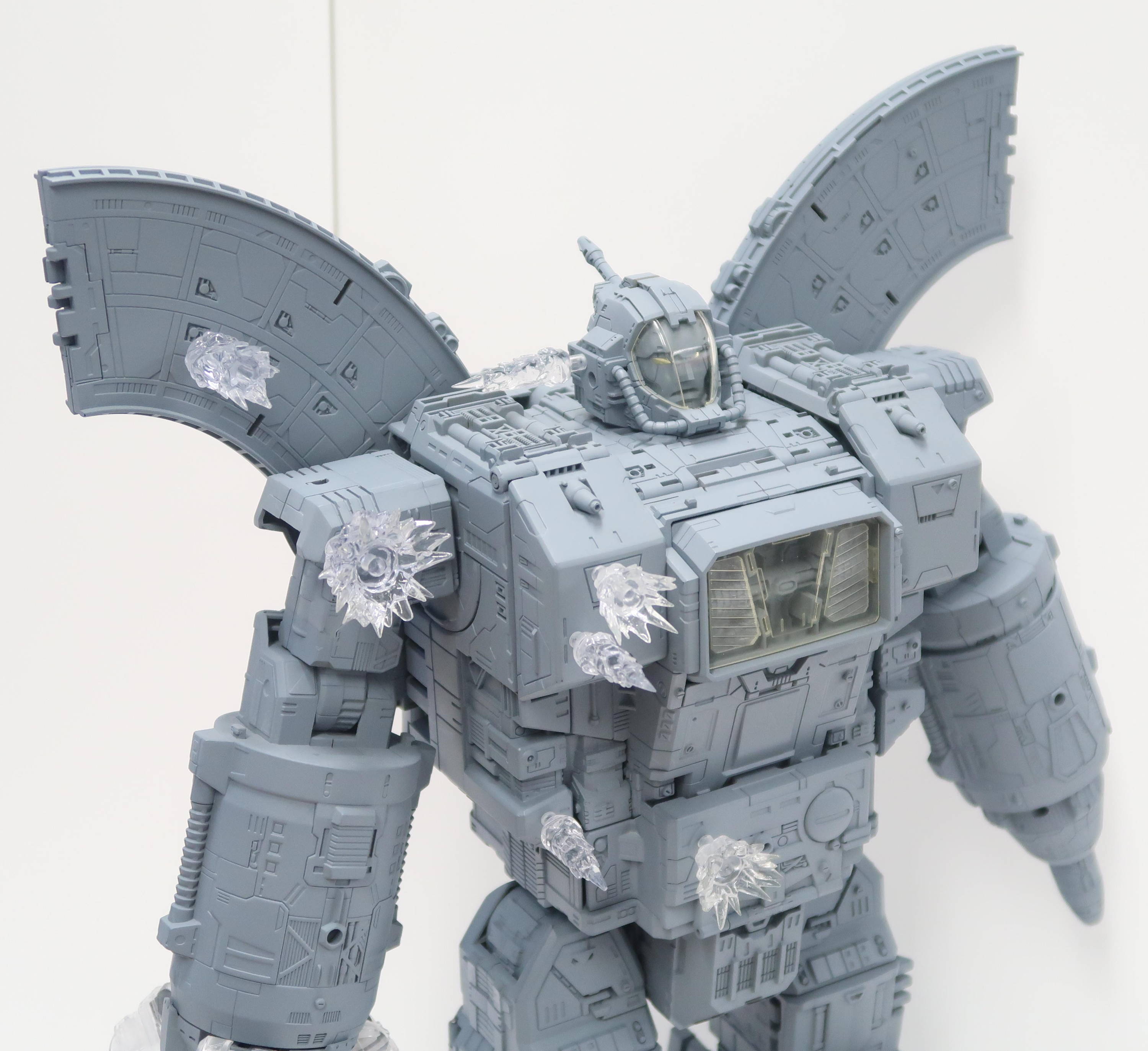 Hasbro Pulse:
That sounds like a lot of work.

John:
It IS a lot of work! Honestly, it takes months and months to do it, but it’s an incredible job and it’s great to be able to take something you’re passionate about and make toys for fans and work with awesome writers, creatives, engineering teams and stuff. We’re all fans and and we dig it. It’s a great job to do, it’s a ton of work, but it’s incredibly satisfying when a fan comes up to you, and you talk to them for an hour at a convention about how this toy really captures something for them – it is really something special. You come to realize that you’re doing more than just designing toys; you’re creating memories and you’re creating moments for people that they can spend with their kids, or they can spend bringing to life a battle on their shelf. It’s more than just a toy, it’s something so much more. I think that’s what I like so much about it.

This has been Hasbro Pulse: Behind the Design with John W. Hope you enjoyed this deep dive into the War for Cybertron: Siege Omega Supreme figure.