Behind the Scenes with SWITTPICS 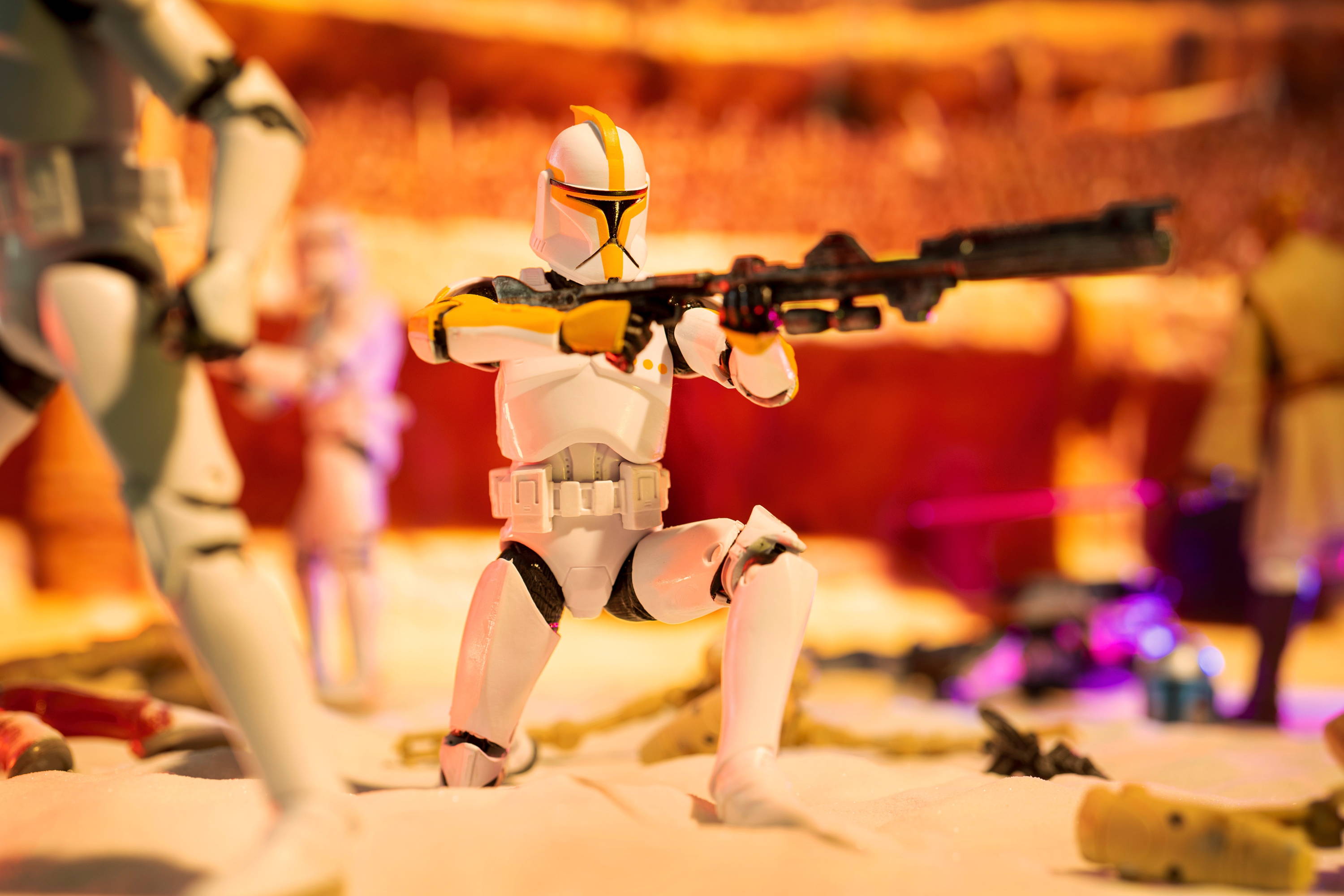 Great photo - you really captured an intense moment. How did you get into toy photography?

Thank you so much! I started my account January of 2016. I discovered toy photography when I was commuting to law school on the train. I found several accounts on Instagram that were shooting Star Wars the Black Series figures and I thought it was so cool and wanted to try. Also, this was around the release of The Force Awakens. It just reignited my love of collecting Star Wars action figures! Prior to shooting toys, I had some experience with landscape photography, so when I fist started shooting toys, I mainly did it outside. I have started shooting more indoors, using lights, dioramas, and even “digiramas” by using my television screen, and other props.

It is always an amazing experience to work with Hasbro and shoot Star Wars figures, because that was what ultimately got me into toy photography. It is an honor to help celebrate the Star Wars saga through my art, and am really excited for Episode IX to be released.

I grew up watching the original trilogy with my family and seeing the prequels in theaters. I don’t remember a time not knowing about Star Wars. These memories forged my love of Star Wars from an early age and now toy photography allows me to recreate scenes from the movies and come up with my own stories. It truly is a great time to be a Star Wars fan! 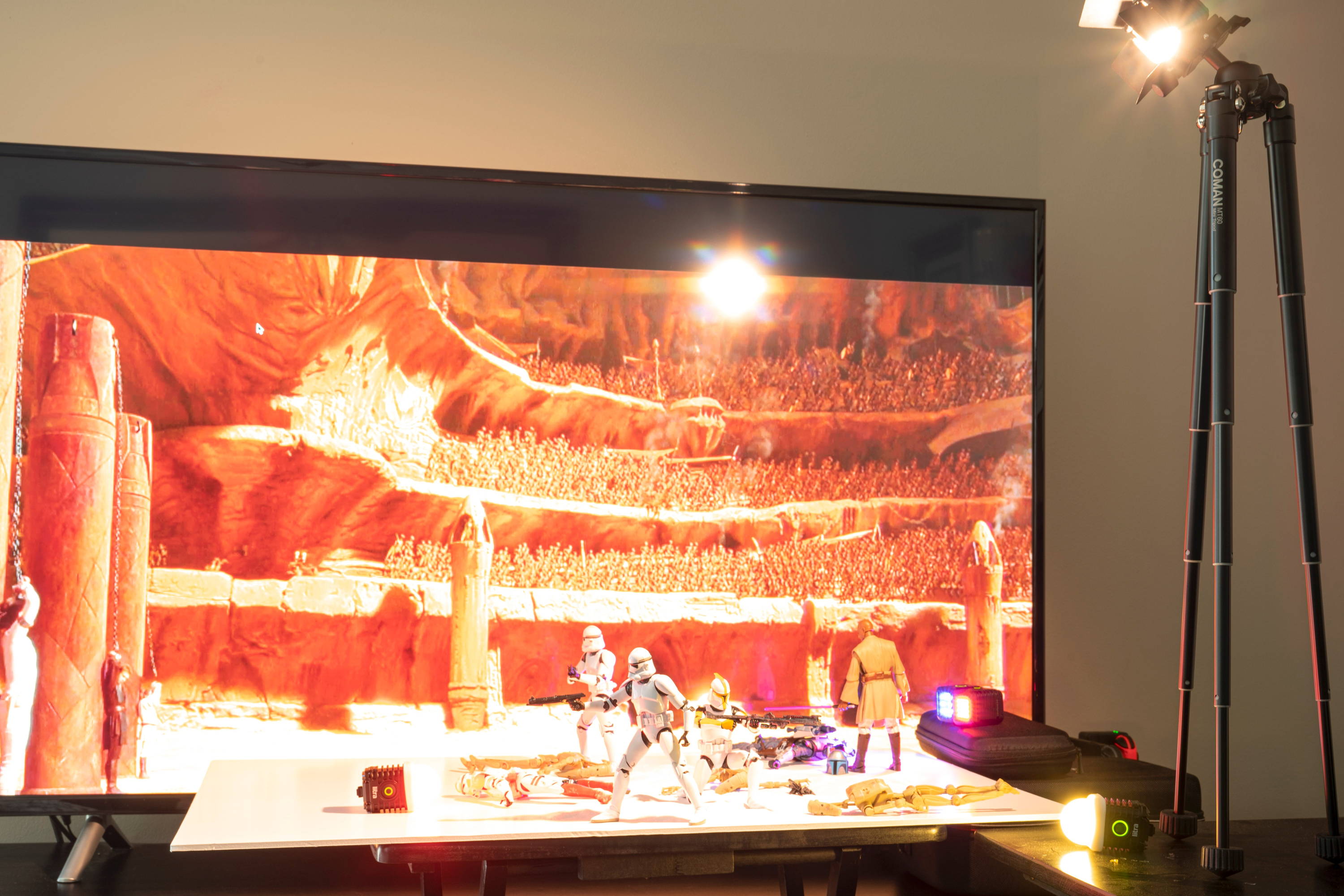 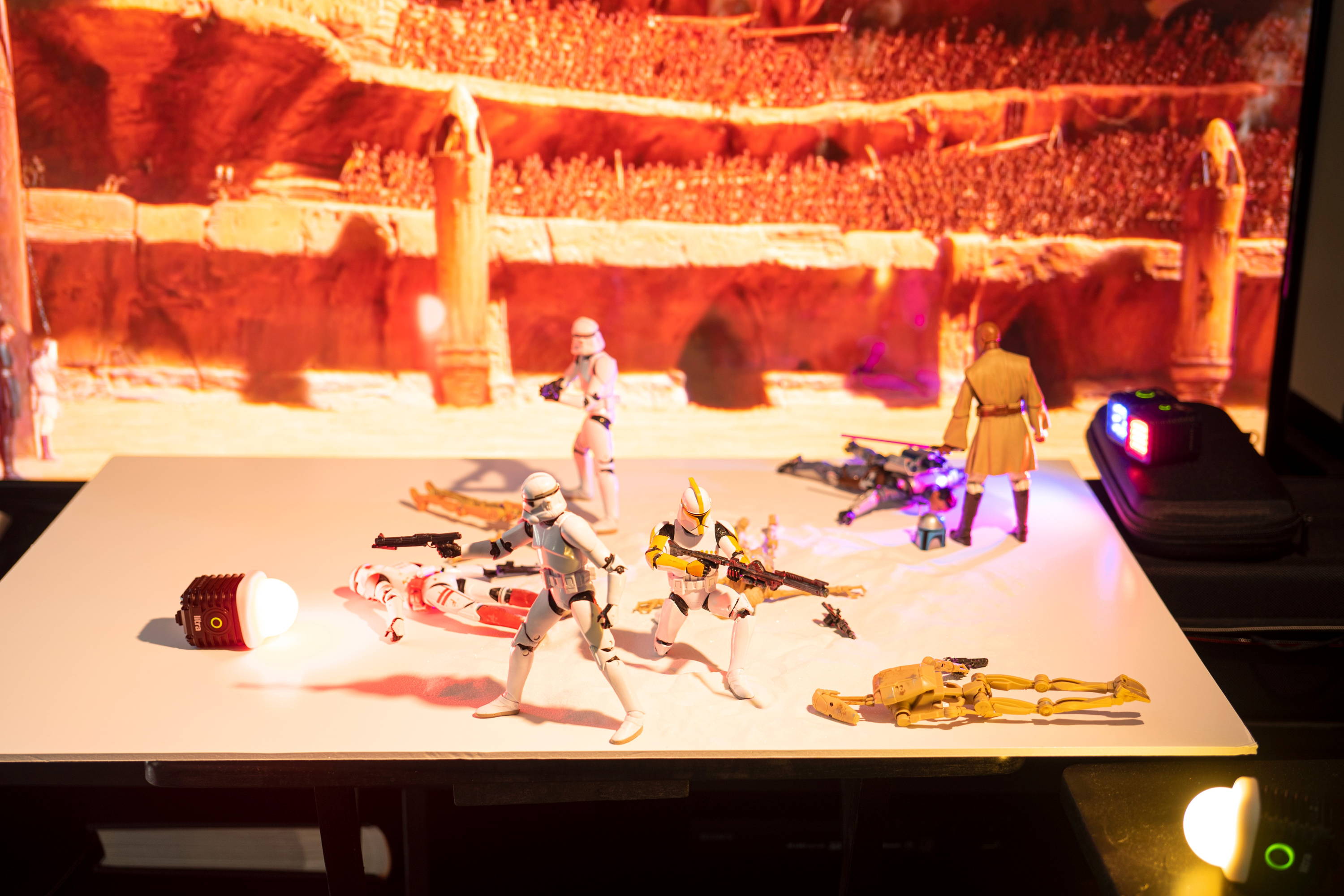 Ultimately, the big battle in Episode 2: Attack of the Clones, is the battle on Geonosis. I wanted to showcase a clone trooper in the middle of the battle in the arena. I wanted the focus be on one trooper but have other things going on in the background. Specifically, Mace Windu’s little “encounter” with Jango Fett.

I used my TV as the main diorama with a screen shot of the battle of Geonosis. I set the figures on top of poster board using some sand on the board to help blend it with the shot. I also used a few portable LED lights to help light the scene and red/blue lights on Mace Windu to create a purple glow.

The hardest part with using a “digirama” or digital-diorama is to make sure the scene blends with the background, specifically the lighting. Ultimately I didn't use any special effects on the shot, only slight color corrections and contrast/sharpness changes.

I hope by focusing on one clone trooper in the middle of a larger battle I captured the feel and theme of Attack of the Clones.

Thank you for the opportunity to help celebrate the Star Wars saga through my photos.

This is Part 5 of an 8-part #HasbroToyPic/Star Wars series covering the epic battles of the Star Wars saga.