For a few weeks this spring, an uncanny team of Hasbro employees joined forces on a major project. Armed only with some Marvel Legends figures, a few cameras, and the passion to celebrate 80 years of awesome storytelling, the team set about reproducing iconic X-Men comic book covers. In this series, we’ll go behind the scenes to learn what it took to get those shots.

This issue of X-Men hit comic book stands in October of 1991 and featured five variant covers. The issue also marks the first appearance of Magneto’s Acolytes.

When your task is reproducing an iconic comic book cover that millions of people have bought, it can seem a little daunting. But the Hasbro creative team was looking forward to the challenge.

“This is probably one of the most well-known X-Men covers ever. So we wanted to satisfy the fans and speak to their passion,” says Corey, a 12-year Hasbro veteran and Senior Photographer who shot the piece.

To recreate the cover, the team would have to:

How It Was Done

The team had to manipulate the characters in lots of different ways to make the shot work. To recreate Storm flying, for instance, Corey had to photograph the figure lying down to capture her at the correct angle. Professor X was another challenge, because the character appears off in the distance in the image so the custom-built set had to be built on an angle to give perspective.

The hardest figure pose to master was probably Beast, due to the sharp angles of the articulation in the drawing:

“You just don’t have the same articulation points on a person as you do on a toy,” Corey says.

Luckily the team had plenty of acrylic rods and cubes and tacky wax. These materials were used to hold many of the figures in poses that they wouldn’t otherwise be able to do.

But before the figures could be positioned, the team had to custom-build a set from foam-molded rocks, real stones and pieces of slate. “My only concern for the rocks was what I saw through the lens,” says Corey. “If you looked at it from any other vantage point it wouldn’t look authentic.”

Corey was even able to overlay the Jim Lee illustration file over his shots to make sure it matched – paying special attention to the area where the X-Men logo would be placed. Overall, he estimates it took about 6 hours to create the set and 15 hours to shoot the figures.

After the shoot, everything was combined digitally in Photoshop with a layer of coloring specific to the cover. And because of the special nature of this project, the photography team also partnered with Cake Mix Studios, Hasbro’s in-house production team, who provided additional graphics.

“I’m super excited. My cover has the most graphical elements of all the ones we shot,” says Corey. “So when I see it, it will be my first time seeing the whole thing, just like the rest of the fans.” 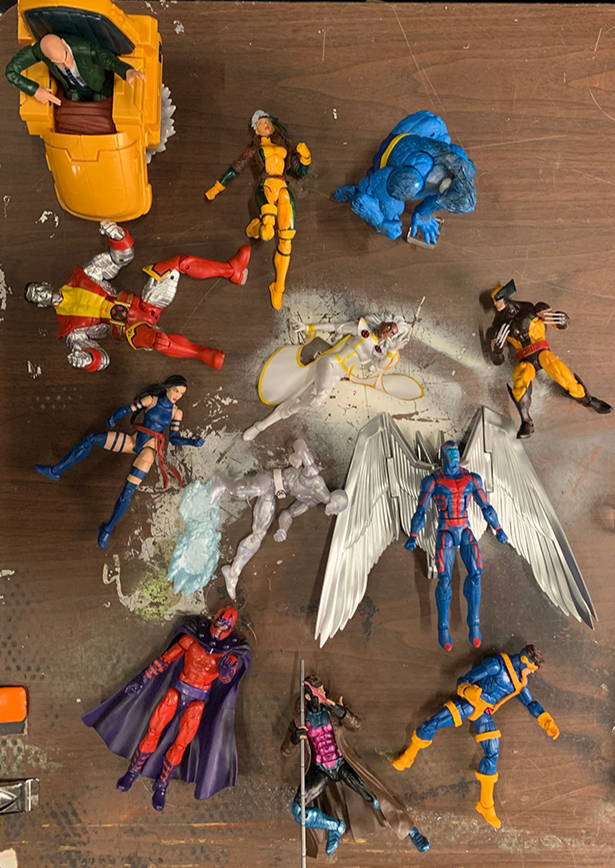 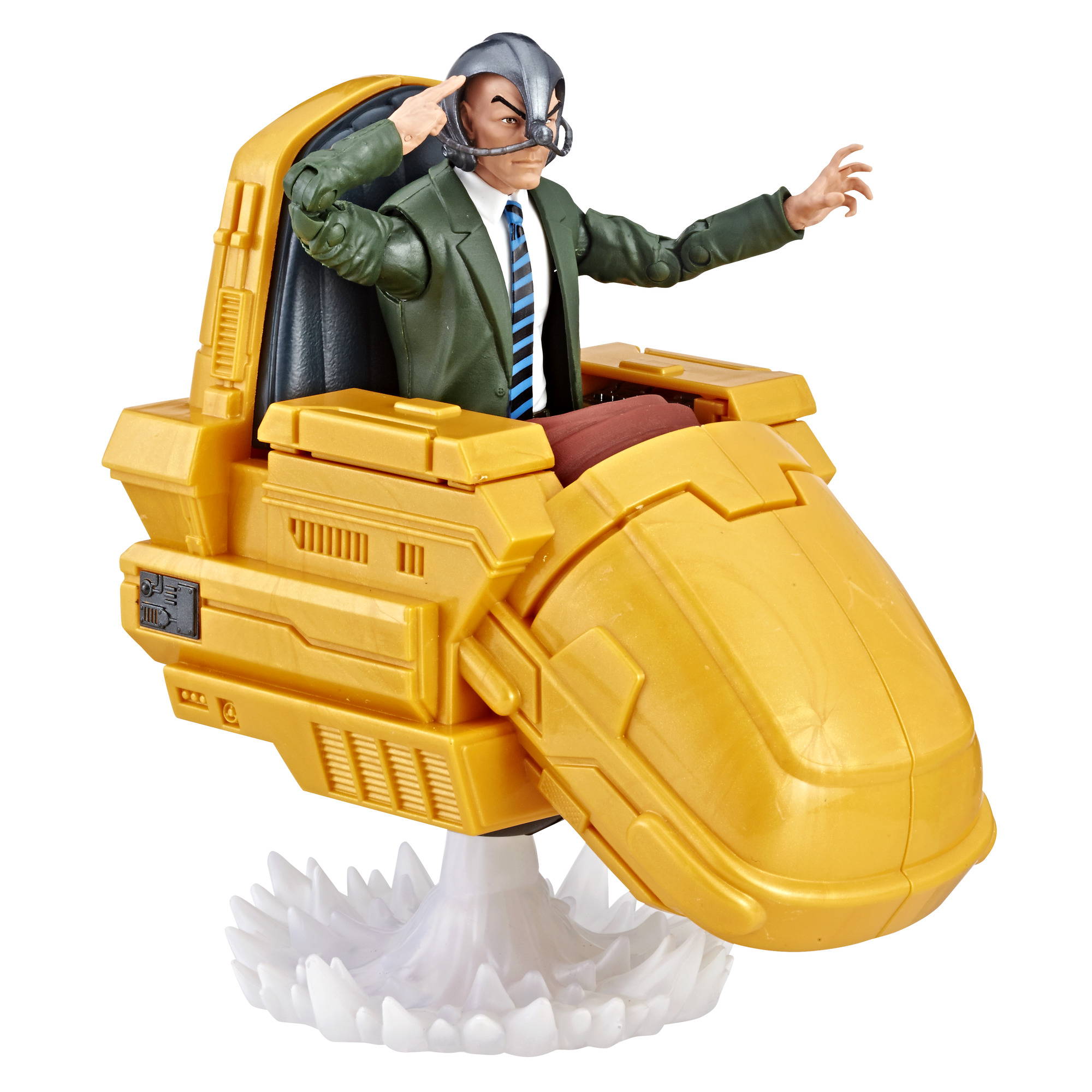 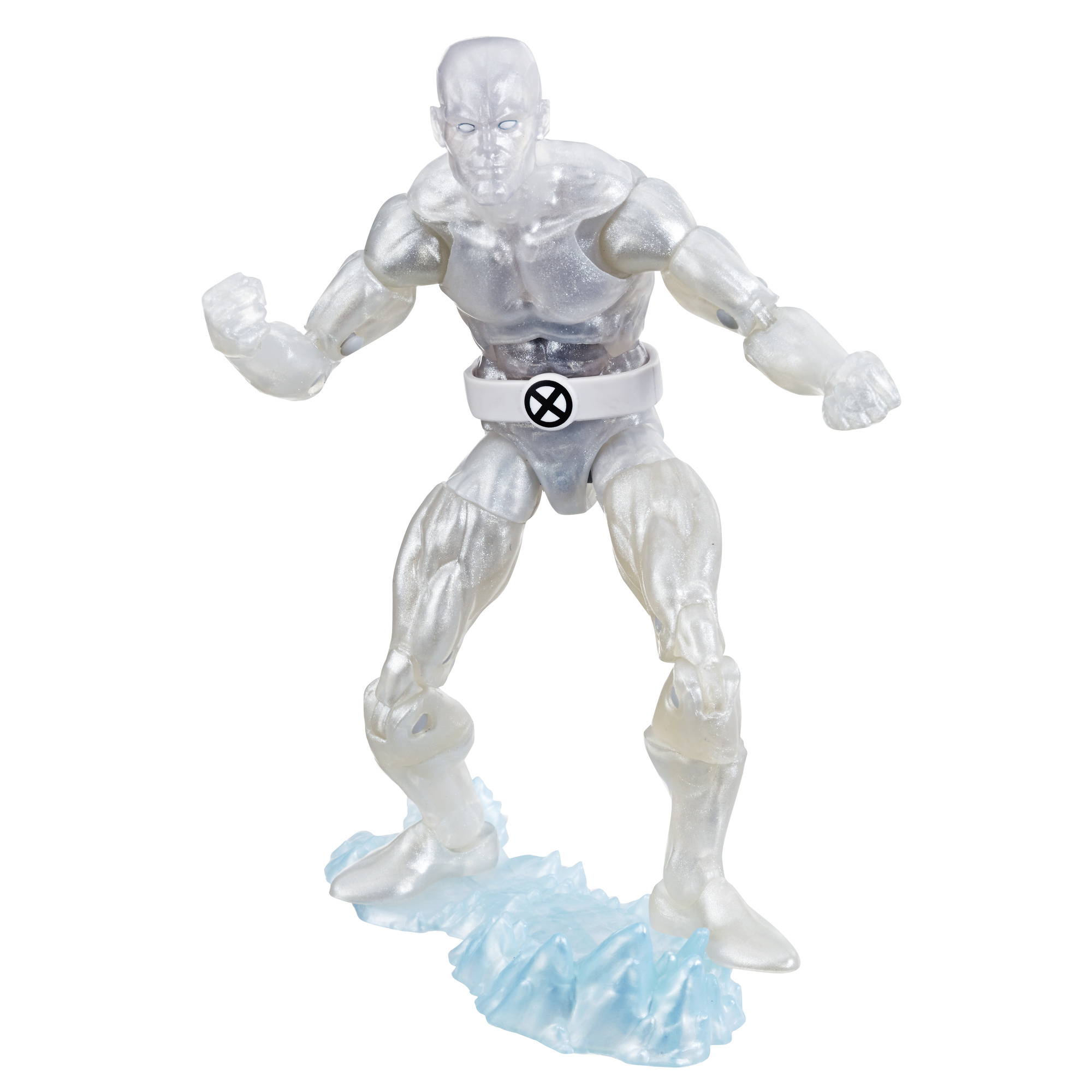 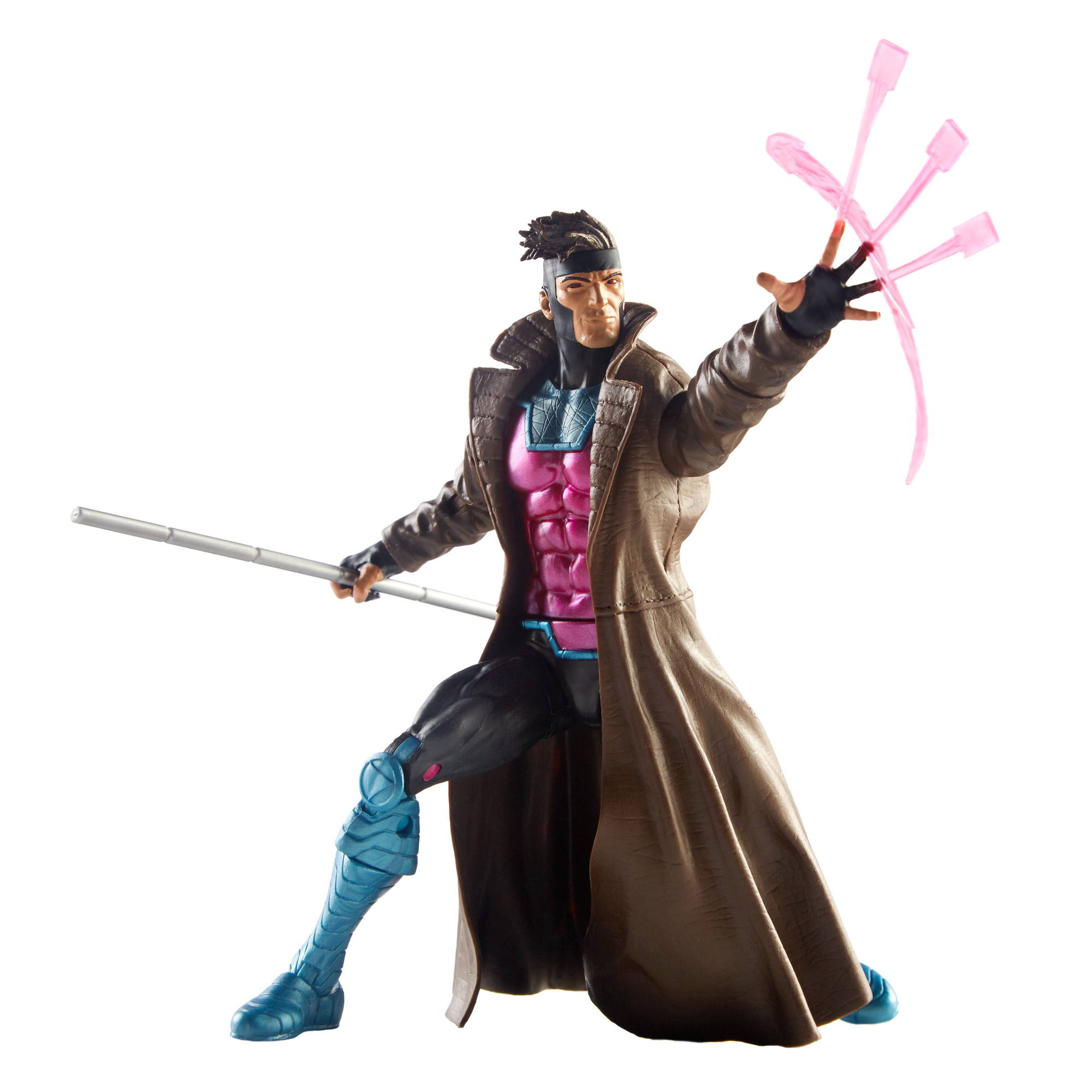