In 1984, the original Ghostbusters haunted movie theaters and became an instant classic, scaring up over $295 million worldwide. Beloved by audiences around the globe, it is revered as one of the greatest movies ever made. It was with this same reverence that Hasbro approached designing a line of movie-based action figures, which would measure up in the eyes of both fans and collectors.

There was only one way to go about this: suit up, switch on, heat ‘em up, and show everyone how we do things downtown—er, at Hasbro.

And how we did things was to bring a line of six-inch-scale premium action figures to the world of the Ghostbusters. Not to brag, but we here at Hasbro just happen to know a thing or two about six-inch scale, high quality figures featuring premium design and detail.

Once the six-inch path was decided, the next step was to create a name for the product line worthy of the premium quality as well as the source material. Many meetings were had involving many discussions and a lot of ideas submitted, considered, and rejected before settling on the final name. Some of the more notable contenders were the “Proton Series” and the “Firehouse Select Series.” Still, there was something eluding us. We wanted a name that everyone could get behind, a symbol, something that appeals to each and every one of us, something good, something decent, something pure: “Plasma Series.”* We knew we had this one in the ghost trap.

*Okay, so this product line name is more Ghostbusters II than it is Ghostbusters. Let’s not lose sight of what’s important here!

With the figure scale and series name captured and stored in our Ecto-containment Unit, it was time to move on to one of the most important aspects of the Ghostbusters property: the ghost bustin’ gear. There are so many cool iconic gadgets in the world of the Ghostbusters, and it was clear that we needed to include as many as possible to offer fans the best bustin’ experience we could.

However, with so many awesome contraptions, our team at Hasbro was met with an unexpected challenge: Which gear comes with which character? It goes without saying that each Ghostbuster figure absolutely had to have a Proton Pack and Proton Blaster accessory. Let’s not get hysterical here. But what about the P.K.E. meter? And the Ecto-Goggles? What about the proton stream and the ghost trap? These were the dilemmas that haunted us day and night. 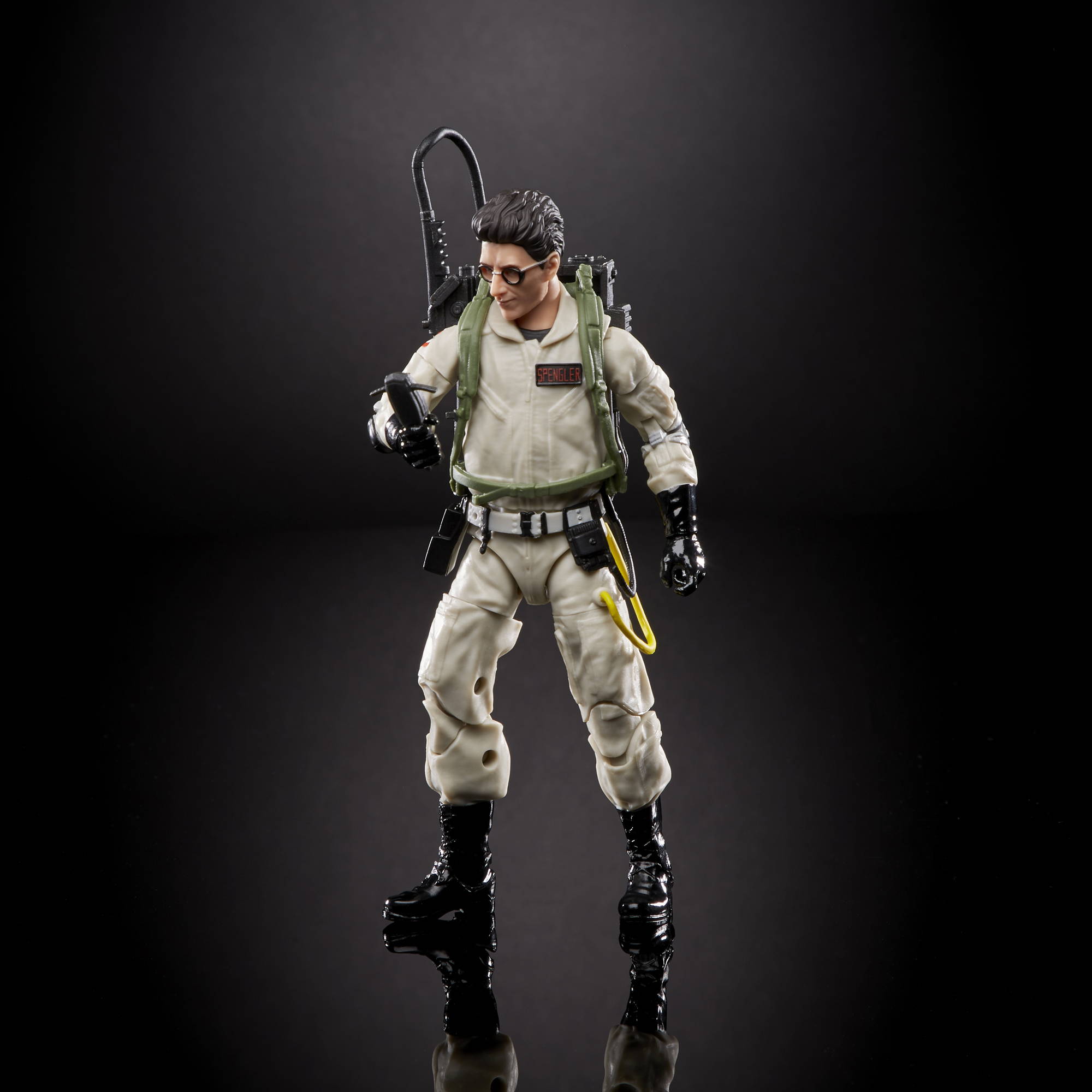 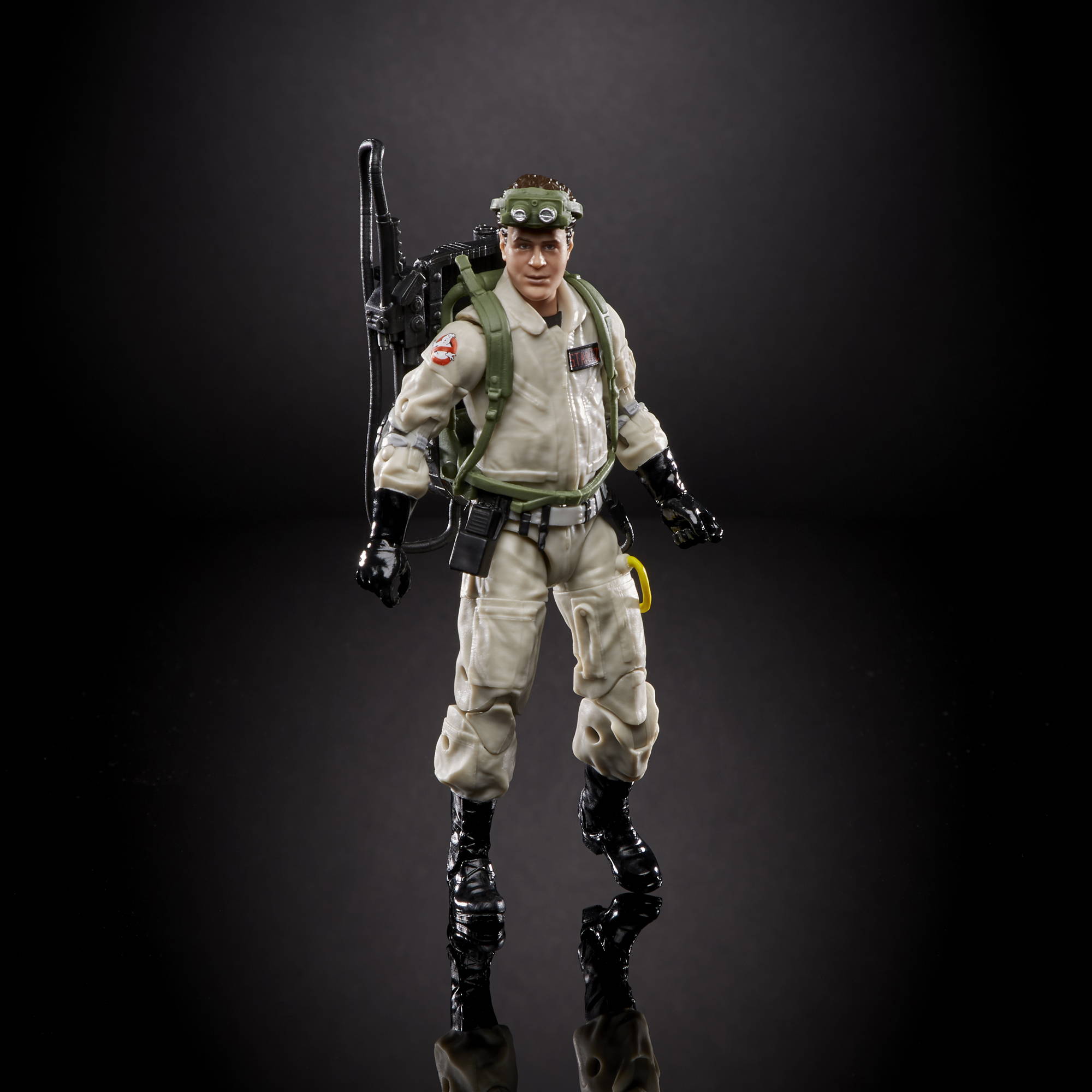 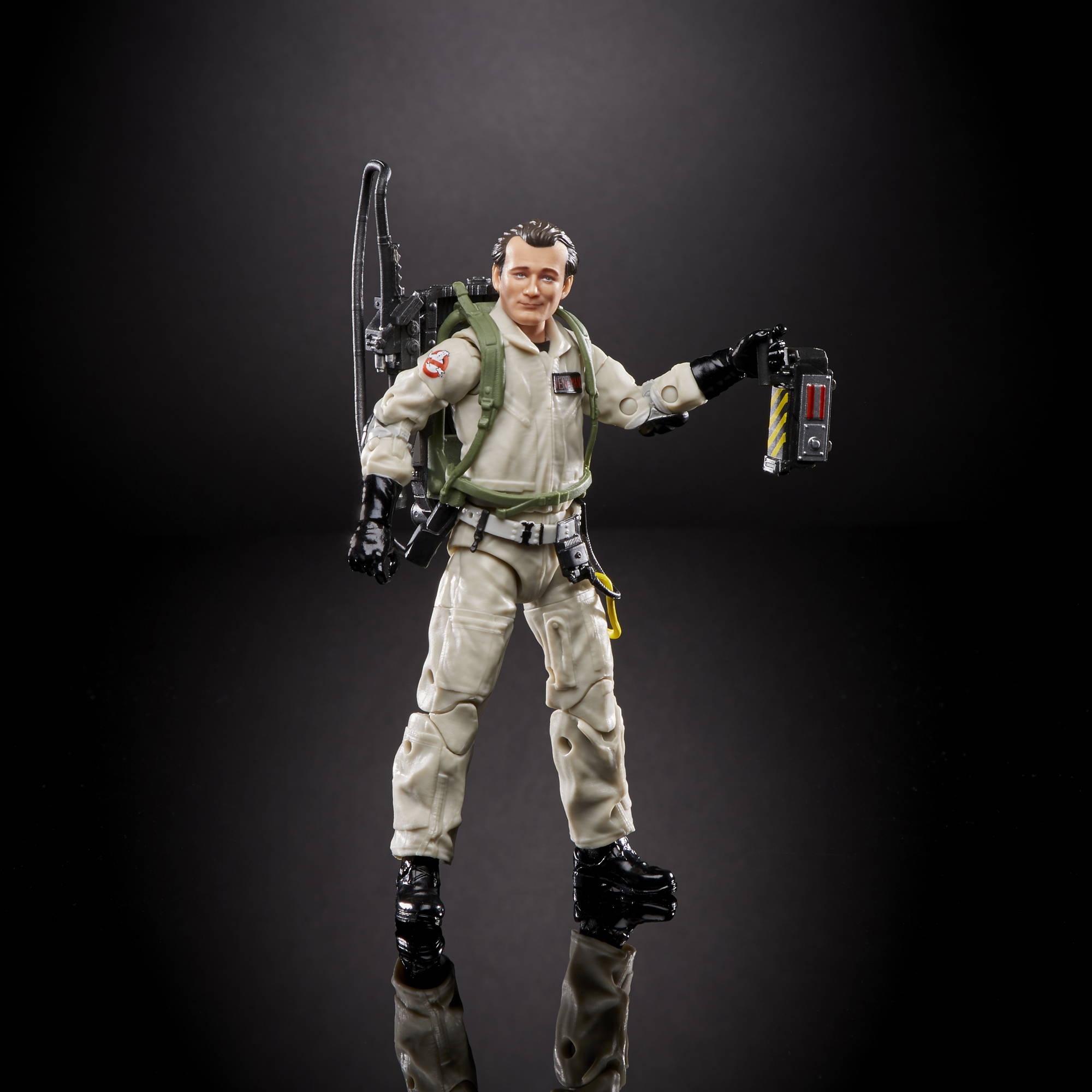 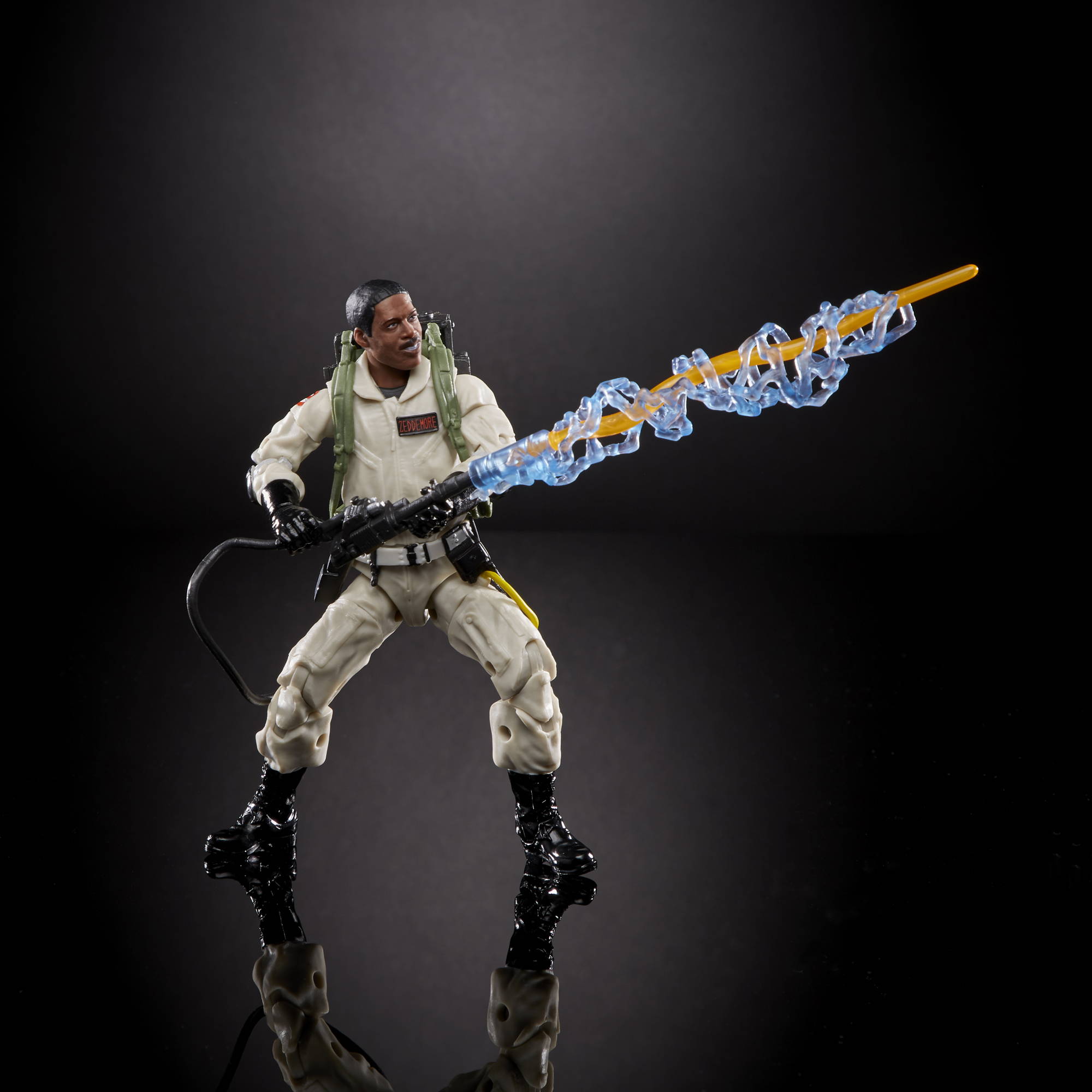 In the end, we feel pretty confident that we got it right. Egon comes with the P.K.E. meter, naturally, while Ray is sporting the Ecto-Goggles, Venkman has the ghost trap (fitting, seeing as he can never seem to shut his own trap), and Winston was elected to have the honor of the proton stream. To make up for the fact that not every figure features a proton stream, we included a Build-A-Ghost component with each figure (including the Dana Barrett and Gozer figures) that allows fans to collect and create a frighteningly awesome Terror Dog figure!

The Ghostbusters gear wasn’t the only bump in the road, though. Unlike the action figures based on characters from modern day movies, we were tasked with achieving photo real character likenesses from a movie that is 35-years-old! This is not an easy feat when your photo references were taken almost four decades ago. This was going to require some hard work and dedication. So we rolled up our jumpsuit sleeves and we partnered very closely with Sony Pictures and Ghost Corps, who helped us ensure that every detail of each character was as accurate as possible—including the character-specific, movie-inspired facial expressions.

And you wouldn’t believe the amount of blood, sweat, and tears that went into perfecting the correct color of khaki for the jumpsuits! Some of us still have nightmares involving endless armies of ghostly man-eating khaki color swatches.

Proclaiming victory over our perfectly color-matched khaki caper, you might think it was smooth sailing from then on out. Listen! Do you smell something? Yep, that’s the smell of the exact opposite of smooth sailing. We had our core Ghostbusters team members, Egon, Ray, Peter, and Winston. We had Dana Barret, Gozer The Gozerian, and we even had our Build-A-Ghost Terror Dog. With six premium action figures and a Build-A-Ghost making up a very robust offering, why did it feel as though something was missing?

Because something was missing. We had our Gatekeeper, but we didn’t have a Keymaster! 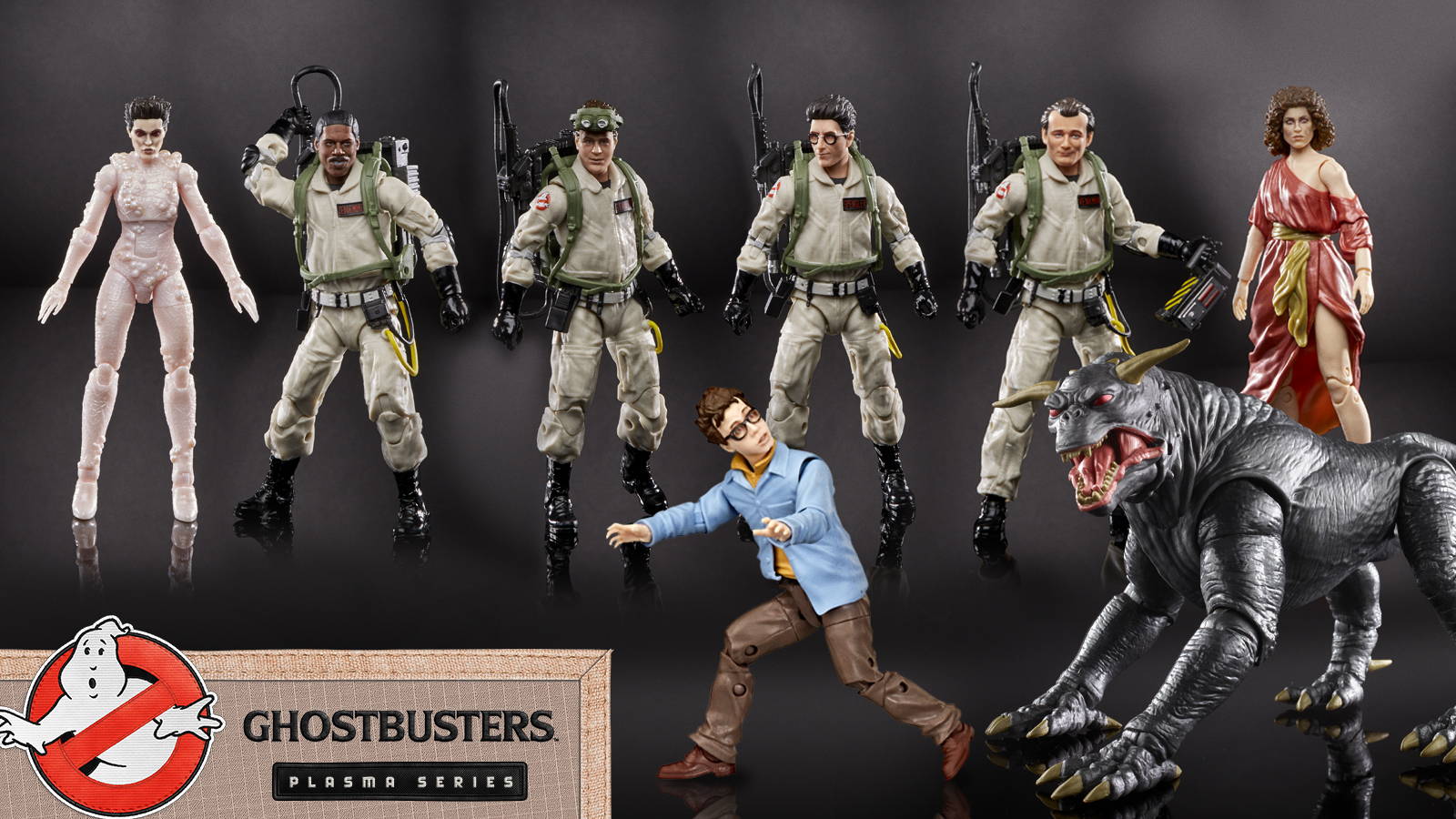 Louis Tully was nowhere to be found, and our team here at Hasbro knew what it was to be roasted in the depths of Slor that day, I can tell you! Settling in, we put on our brain-scanning colander helmets, searching for a solution and, inevitably, discovering that solution. Enter Tully’s Terrible Night 2020 exclusive, featuring Louis Tully and Terror Dog, Vinz Clortho, action figures (and yes, we of course included the colander helmet accessory). 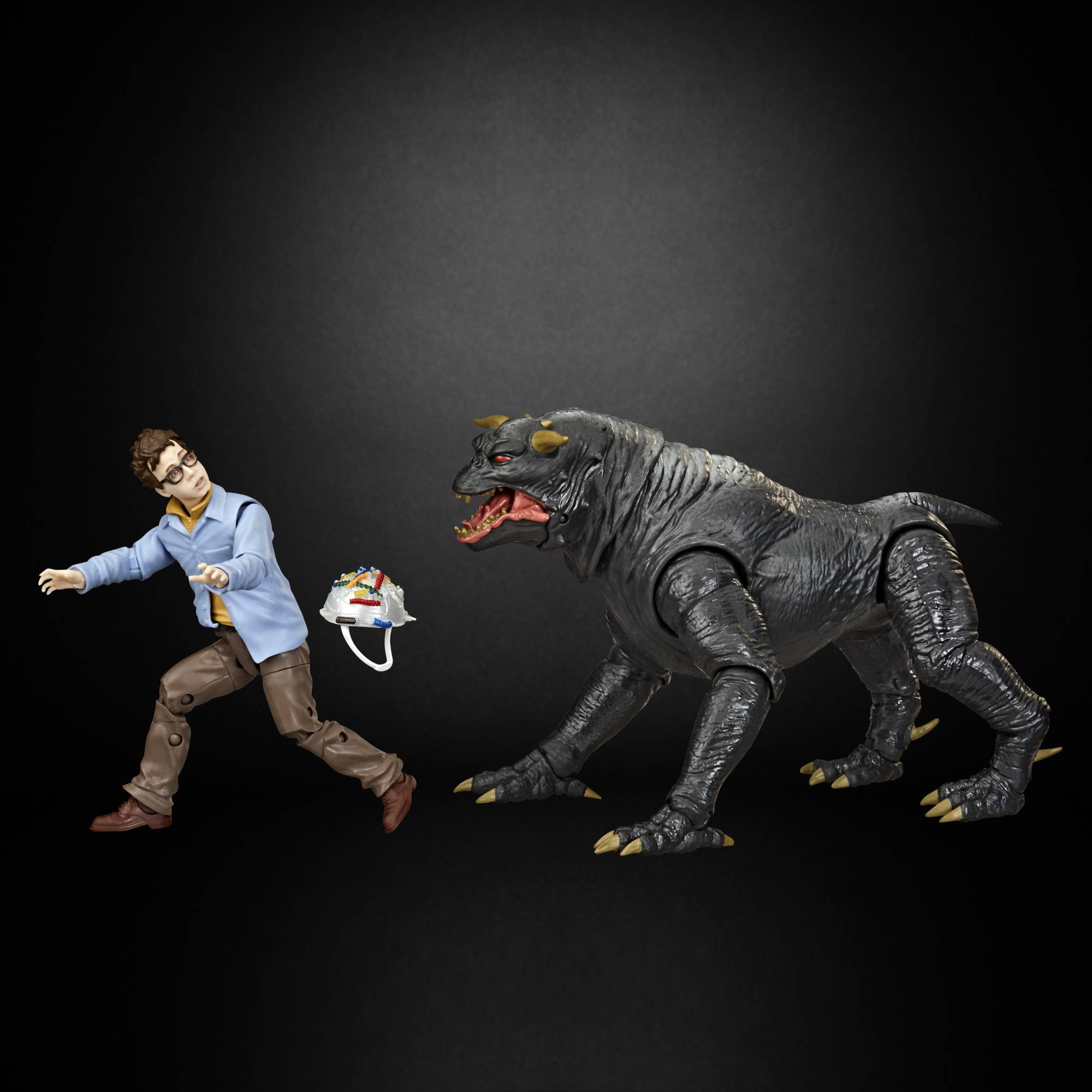 This exclusive action figure 2-pack was inspired by Louis’s party and the Tavern on the Green scene from the original Ghostbusters, because when Louis Tully throws a party, things get wild. The kind of wild that ends up chasing a mild-mannered accountant through the street of New York. Hey… is dog food tax deductible? 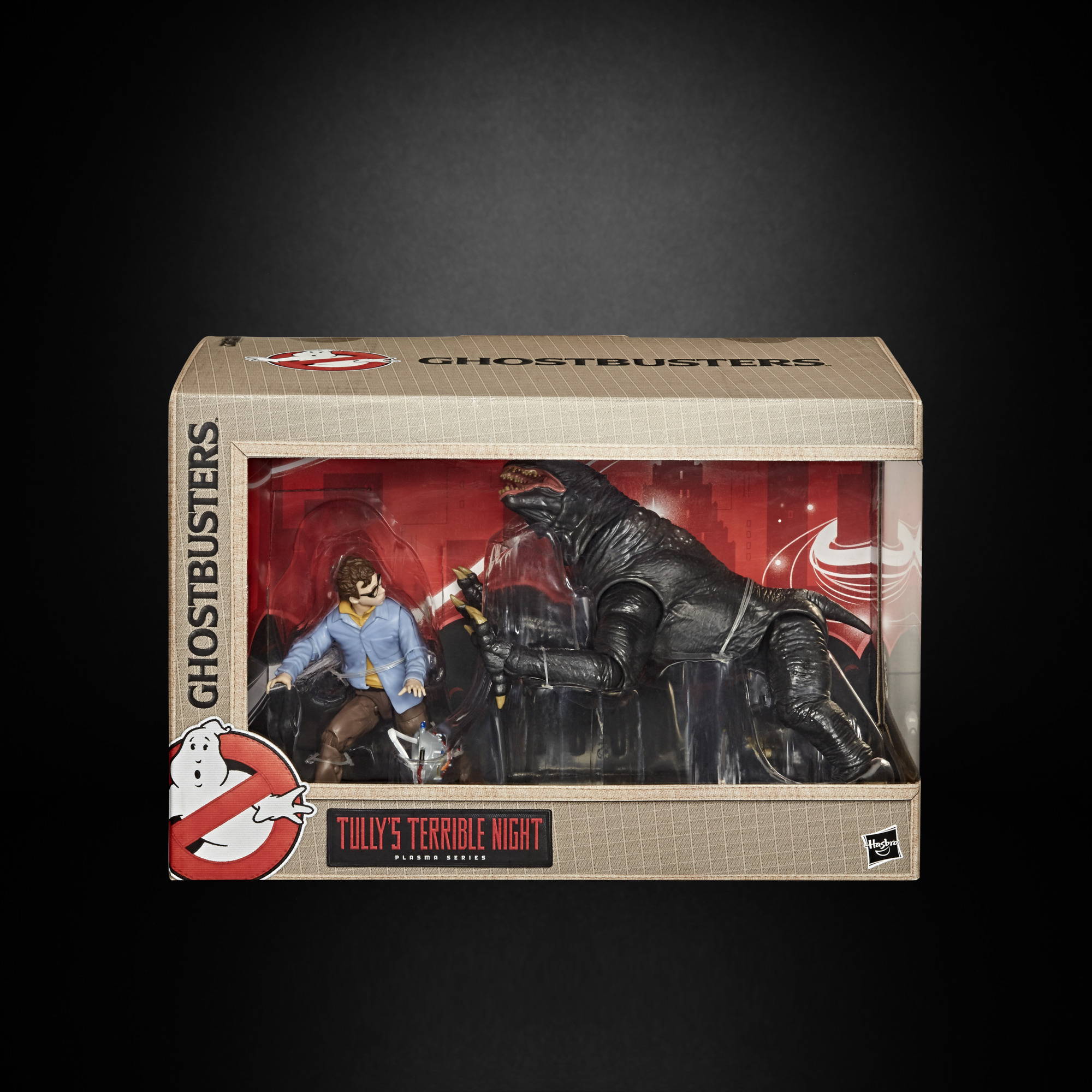 Although separate from the mainline, we wanted to make sure Tully’s Terrible Night maintained the Plasma Series aesthetic yet felt different enough to warrant exclusivity as a special edition. The interior back panel features a Spook Central-inspired illustration that really helps the two figures stand out in pack. (There’s even the bush-lined path the Terror Dog chases Louis on represent here, as well) Our designers also went so far as to create a special outer sleeve for the packaging that, when removed, reveals a custom illustration showing Louis’s reaction to the Terror Dog bursting through his bedroom door! 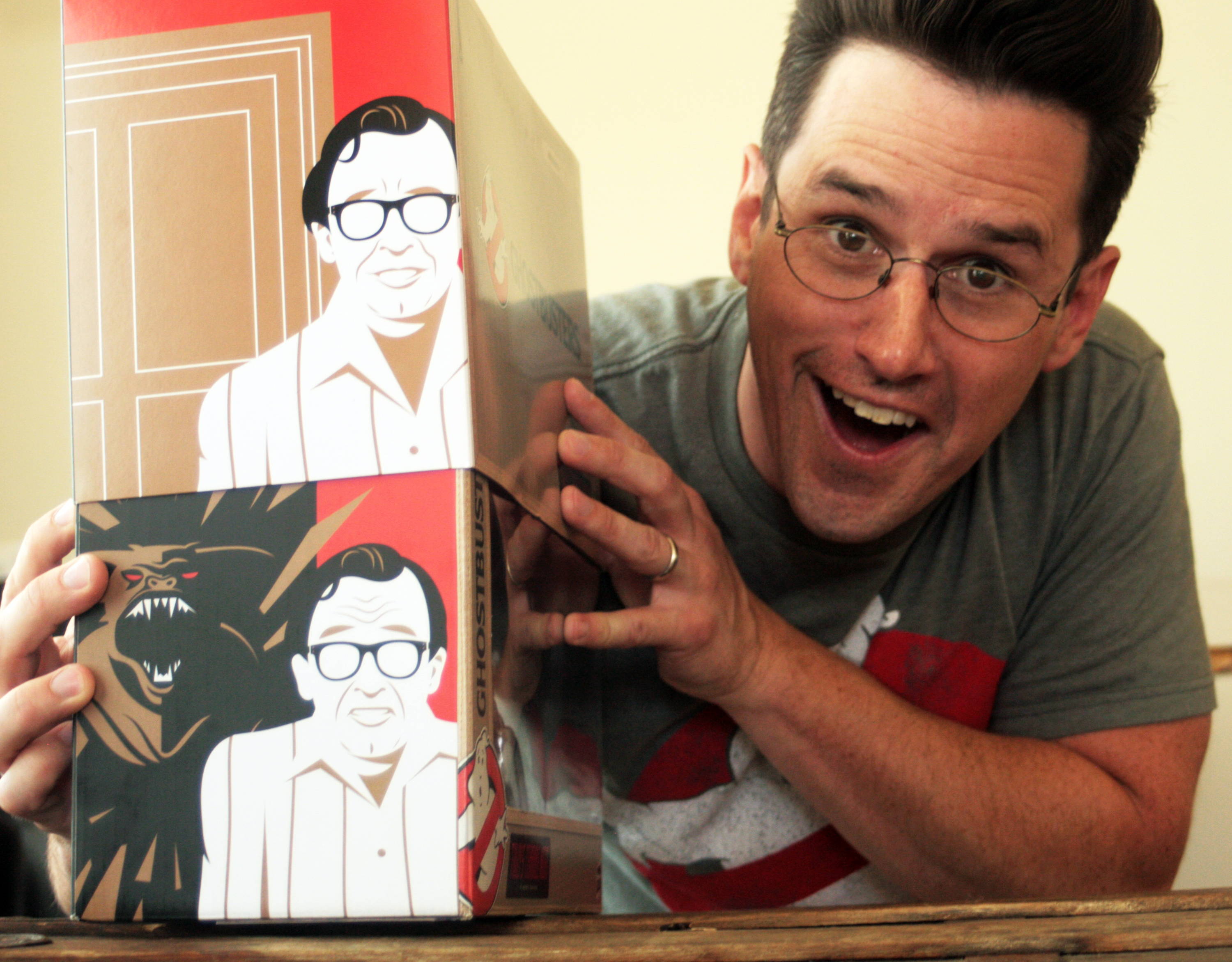 With extensive experience in offering high quality action figures with premium design and deco, coupled with a sincere love for the world of Ghostbusters, the team at Hasbro has truly answered the call with the Ghostbusters Plasma Series. Every detail has been scrutinized and debated a hundred times over. Every available resource was utilized in making sure character likeness is as close to the actor’s appearance in the film. No ghost bustin’ gadget was overlooked and no package design element was ever not up for discussion. So very many talented people worked together to bring this series to life, from project managers to package designers, copywriters to product engineers, marketers to design & development, and everyone in between. Hasbro is proud to offer this line of premium action figures based on a property with such passionate fans, and we are thrilled to count ourselves among that fanbase.

The Ghostbusters Plasma Series: We came, we saw, we . . .

Well, we can’t print the rest of that line, but you get what we’re saying.