The Lord of Chaos. The Planet Eater. The Chaos Bringer. Unicron stands alone as the most menacing figure in Transformers lore, capable of devouring entire worlds and civilizations. He debuted in the 1986 film Transformers: The Movie and his insatiable appetite nearly brought the entire universe to its knees.

But his legacy transcends both space and time.

“I have summoned you here for a purpose.” - Unicron

Transformers fans may be mere humans, inhabiting a miniscule planet hardly worth consuming, but they are some of the most passionate fans out there. That’s why HASLAB, the Hasbro Pulse crowdsourcing platform, is the place to awaken such a massive project.

“Then it pleases me to be the first.” - Unicron

Join us in a historic opportunity to celebrate the legendary Unicron with a figure whose features, detail, and scale are worthy of his gigantic legacy.

This campaign reached the minimum goal of 8,000 backers and is now in production.Orders are estimated to ship in early 2021.

*Limit of 5 per transaction.

In addition to this once-in-a-lifetime figure, HasLab: Unicron backers through HasbroPulse.com will now receive an EXCLUSIVE digital comic bundle, made in partnership with @IDWPublishing and available only through @comiXology! 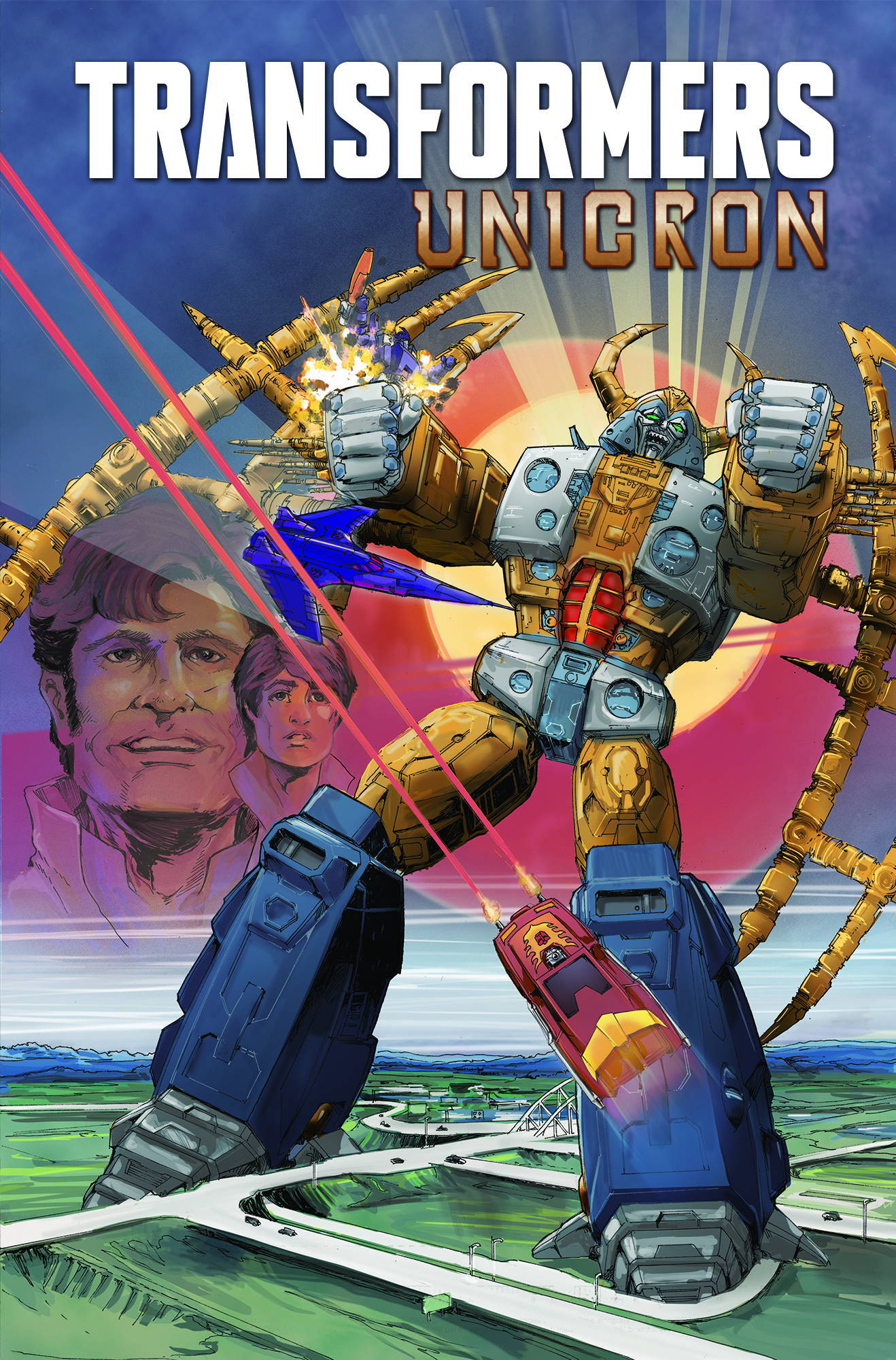 Beware the inescapable clutches of the mighty Unicron! The already formidable hands of the Chaos Bringer will now have 15 points of articulation, 3 per finger, so Unicron can better grasp the inferior bots he wishes to devour. The included Galvatron and newly added Hot Rod slug figures make the perfect snacks!

And when fans play out the part where the Bringer of Chaos's head flies off into space, now it can appear to float! Unicron will come with a clear premium posable headstand to display his dismembered head in all its glory. The headstand also features posts to pose the included mini figures.

Hasbro is introducing more movie accuracy to the Bringer of Chaos

The legendary Unicron will come with interchangeable chins, allowing fans to switch back and forth between a smooth chin and a goatee-style chin, just like in the 1986 Transformers The Movie. Now, the infamous Planet Eater is ready for any scene!

The colossal Unicron will also come with a Galvatron slug figure so fans can pose out epic movie scenes with the two villains.

Remember, if the project doesn’t reach 8,000 backers by October 6th, the product will not move into production. Also, orders for Unicron will no longer be accepted after October 6th. If you want to add this once-in-a-lifetime figure to your Transformers collection, you must back this project before the deadline.

There are moments that define a collection. This is that moment.

The gigantic Unicron would be our largest converting Transformers figure ever created, taking the title from our previous record-holder, Fortress Maximus.

In his immense robot mode, this version of Unicron will be over 27-inches (685.8 mm) tall and has more than 50 points of articulation.

He converts into a terrifying planet mode that will be a stunning 30-inches (762.0 mm) in diameter. The planet mode features the iconic planet-eating jaws, geared to open so Unicron can devour unassuming worlds. The planet mode also features a series of posable planetary rings.

The massive planet mode sits on a custom stand (included) to support the approximate weight of 16lb of the Lord of Chaos.

This will be the most accurate Unicron figure ever created. Artists and designers from Takara Tomy and Hasbro reviewing various movie references and are working to capture little details and features of the relentless Chaos Bringer.

“And nothing! You belong to me…now.” - Unicron

Like the primitive inhabitants of the planets Unicron has devoured, first we created primitive CAD. This helped us to better understand where pieces would fit in the conversion. We could start to see how the formidable forms of Unicron jigsaw together and begin to think about how these pieces might shift and move from a gigantic robot mode to colossal all-consuming planet mode.

2. The Stand - Getting a Massive Planet to "Float" in Space

When we lesser beings came face-to-face with the mighty Unicron, we faced our greatest challenge: creating a standing display base that could support his substantial weight. Shown is an early sketch of the stand, drawn as our engineers began to work out how to both hold up the substantial weight and capture the mystique of a ravenous planet floating through space.

3. Early Sketches - Getting to Know Unicron on a Surface Level

Sketches were created early on to help us to define the meticulous surface details of the malevolent living planet, as well as the impression of the character we hope to create. The infamous Chaos Bringer has manifested in many forms in movies and comic books, so these sketches helped the design team narrow down which version of the world-devouring planet would be used as the reference for our figure.

The next stage was creating a rough 3D model of the villainous planet. Having a physical model helped the Takara Tomy and Hasbro teams work together to determine functionality of the figure. Once we had our model, we joined forces to perfect the mechanism of the iconic poseable planet-eating jaws so they could key together with a lensing feature that allows you to rotate the circular detail on the planets equator to open and close the teeth in unison.

Using our 3D model, we were also able to work out how to allow the rotating eyes and the jaw to move independently of each other so the menacing Unicron can glare with distain at all living things and consume unsuspecting worlds, separately.

5. 3D Details - The Lord of Chaos is in the Details

In order to capture, in methodical detail, the universe’s most methodical world-eater, designers and engineers used concept art to establish those different elements. 3D details were then added using different types of CAD software to bring to life all the surface details of both modes.

In order to bring forth the Unicron from the classic 1986 movie, we studied the character’s varying appearance throughout the film and choose colors that would capture his overall essence. After this exploration, we created our deco sheets, which define every color that will be used in the design of Unicron. To call out certain details and to emphasize the epic size, Unicron features intricate deco with varying levels of lighter and darker colors that really push a sense of gravity and scale of the colossal planet bent on reducing the universe to utter nothingness.

The final stage in the resurrection of the legendary Unicron required 3D printing software. Using rapid prototyping, we tested different surfaces, connection points, and conversion points. Ultimately a one-of-a-kind master model was created that we assembled and painted, each piece hand-painted to the specs outlined in deco sheet. The final product is your final model…the mighty Unicron is reborn!